After Soldiers Murdered His Family, One Man Chose Forgiveness 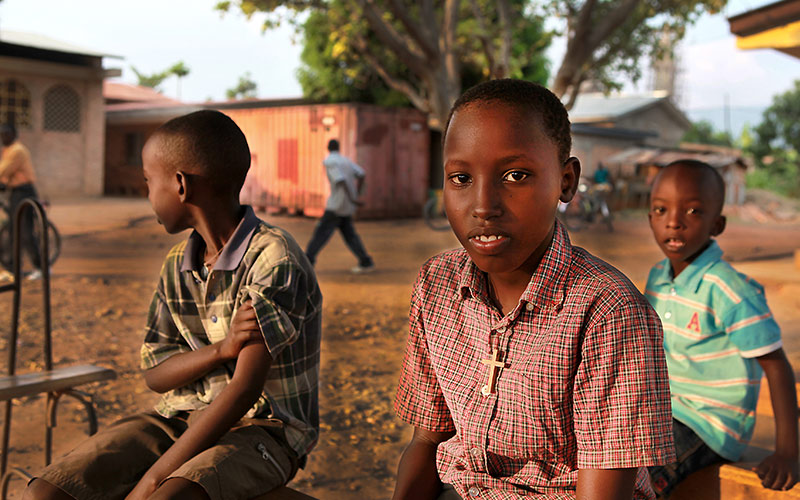 In Burundi, a brutal 12-year civil war left thousands of people searching for hope and healing.

Martin stashed his belongings into a bag, stuffed his feet into a pair of shoes and began to run. After soldiers brutally killed his father, mother and grandmother during the Burundian Civil War—an ethnic conflict that began in the mid-1990s between tribes in the tiny, East African country—Martin set out to flee his violent surroundings. He desperately wanted a fresh start, an escape from family memories, years of violence and a hopeless future.

He desperately wanted a fresh start, an escape from family memories, years of violence and a hopeless future.

So, in pursuit of peace, Martin embarked on a new journey, traveling down old dirt roads, past long stretches of farmland and beyond narrow, winding rivers. As he searched for a new home, Martin encountered the soldiers who broke into his community and murdered his family members. He wanted to forgive them—but forgiveness felt beyond reach.

As Martin spent more time away from his home, seemingly removed from his emotional wounds, he continued to feel hopeless. He turned to drugs and alcohol for the strength to overcome his pain, but only fell deeper into despair. Hoping closure would provide peace, Martin returned home to his family’s burial site to organize a proper funeral service. But once he arrived, memories of his childhood returned—of his mother’s love, his father’s protection and his grandmother’s wisdom. Martin needed healing; he just didn’t know where to look.

Seven years passed, and Martin continued to wrestle with anger, anxiety and heartache. Even though the Burundian Civil War began to taper off, ethnic tension persisted, leaving Martin—and his neighbors—desperate for an escape from violence and suffering.

In a last-ditch effort to find peace, Martin attended a Bible-based Trauma Healing session, made possible by the Bible Society of Burundi and generous financial partners from American Bible Society. Program facilitators encouraged Martin, and other survivors of the war, to rely on God’s Word as a source of hope. As he read stories of healing found in the Bible, Martin learned to bring his pain and suffering to God. He learned to share his hurt. And he learned to forgive.

“When I participated in this workshop, I understood the power of forgiveness,” Martin says. “I forgave [the soldiers who killed my parents] and now I live in peace.”

Today, Martin has stopped running. With the freedom to care for himself—and the tools to care for others—he walks through life with confidence and hope. And if he ever runs into the soldiers who murdered his family again, Martin has a message to share: he forgives them.

Living Water for Victims of Drought

Spreading the Hope of God’s Word in Togo

“When I read the Bible in my own language, I am so happy,” says Komi.