Angola: Waiting Christians Receive the Bible in their Heart Language 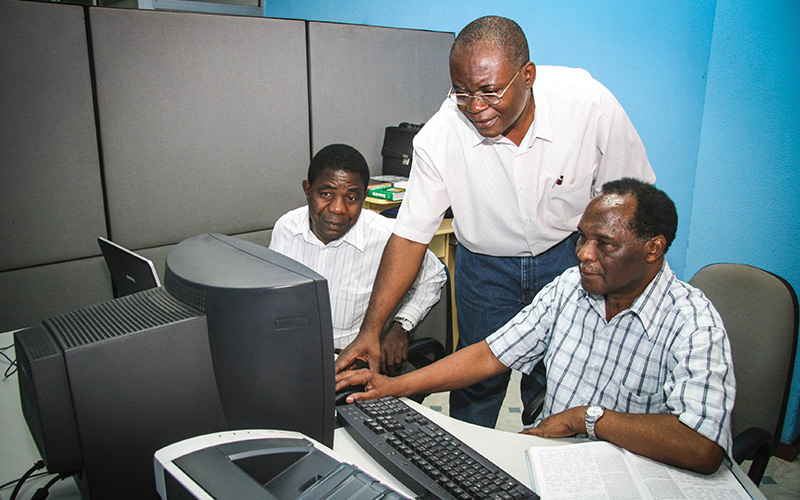 Several new Bible translation projects in Angola are nearing completion, thanks to support from American Bible Society’s financial partners. With computers, translation software and hands-on training from the Every Tribe Every Nation alliance, translators are getting God’s Word into the heart languages of waiting Angolans faster than ever.

In the past, African Bible translators worked by candlelight, slowly typing out their translation on one computer. But with state-of-the-art technology and training, minority languages in Angola, including Songo, Umbundu and Nkumbi, will have their first complete New Testament and Old Testament Portions by 2016. Coordinator of the Kikongo translation project Manuel Dilubanza pleads, “We ask for your prayers and help that this project could be completed.”

MOTHER WHO LOST FIVE CHILDREN IN ONE DAY TURNS TO SCRIPTURE

God restores and heals the emotional wounds of an unspeakable tragedy

God’s Word is bringing hope to people in rural Ghana.