First Bible Brings Hope to Father Who Lost His Daughter 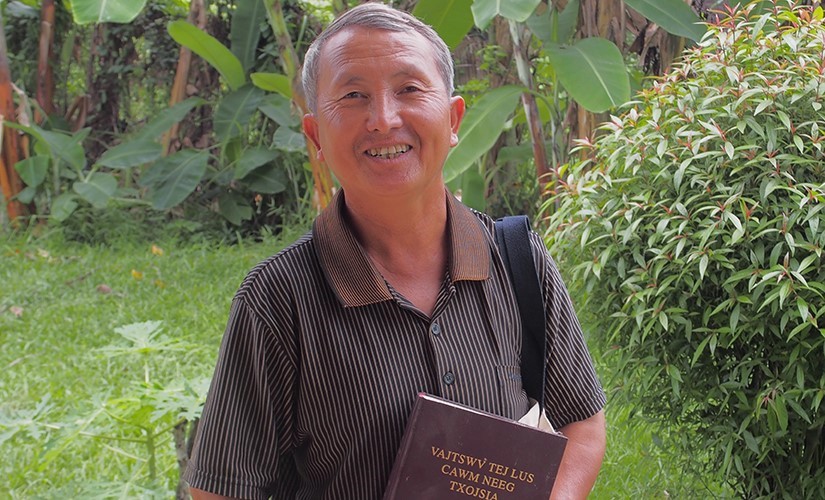 Le Pham* had plenty of reasons to feel distressed and overwhelmed. Born in Laos, one of the poorest nations in Southeast Asia, he struggled to provide care for his family. Then his precious 3-year-old daughter got sick, and he felt powerless.

However, God used Le Pham’s daughter’s illness—and the timely witness of his Christian nephew—to bring him to Christ. When the sickness claimed his daughter’s life, Le Pham was devastated. Despite the sorrow of losing her, Le Pham found lasting peace in God’s Word.

When Le Pham received his first Bible, provided by generous American Bible Society financial partners, he held onto the hope of John 3:16: “For God loved the world so much that he gave his only Son, so that everyone who believes in him may not die but have eternal life” (GNT).

He says John 3:16 is his favorite verse, “Because it shows that God loves people everywhere. God’s Word has also changed me in that I am no longer jealous of others. If someone does something bad to me, I can forgive them. Before I became a Christian, I could not do that at all—no way!”

Today, Le Pham is known in his village for helping those who are in trouble and for supporting the community with efforts like clearing roads and cutting grass.

Through the gift of God’s Word, American Bible Society financial partners have helped share God’s love with a tender-hearted person like Le Pham, who is now sharing it with others.

Ashamed no more and with Bible in hand, Nguyen shares his powerful story.