Reaching the children of American heroes with specially-designed Bibles 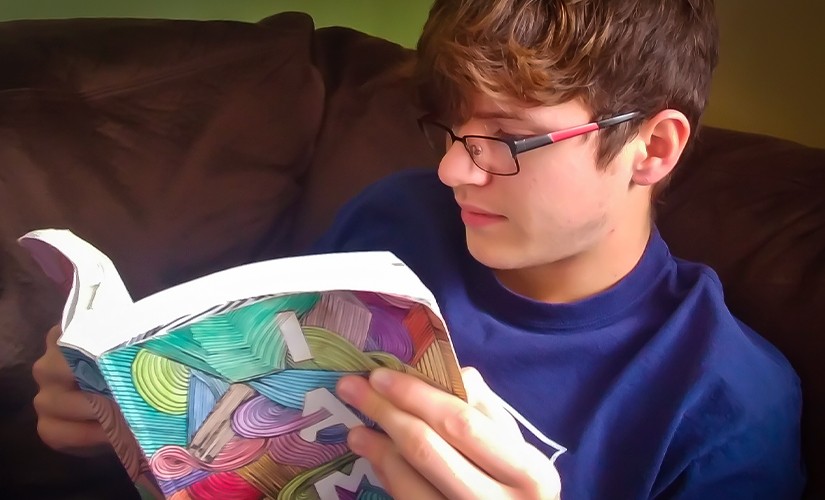 Meet Kevin*. He recently graduated high school, where he played the tuba in band. He enjoys painting and board games. He has two young brothers and two cats. Kevin is a typical American teen, with one big difference.

The 18-year-old is a “military kid.” Having a parent serve our nation and in harm’s way can be tough on a youth.

“It was difficult when my dad was deployed,” Kevin admits. “I always felt like I had to be more mature and responsible when he was gone. There was always something missing while he wasn’t around.” Kevin also says that frequently moving as a military family can be a challenge.

“When my friends leave, it’s sad,” he says. “It has led me to feel lonely in the past because I didn’t feel connected with people around me. All the moving makes it difficult to form strong connections with people because you’re afraid that they’ll leave.”

Friends like you help American Bible Society serve Troops, Veterans, and their families. One of the ways we do that is by providing Bibles and resources to both our brave American heroes who are deployed as well as to their children.

Kevin received a Bible designed specifically for young people in military families — the I AM Bible. “I got it at the beginning of my freshman year. It seems like it was my first adult Bible,” he says. “It’s more oriented for people who want to learn. There are pages on the side to take notes and they have lesson plans. I like to be able to put my thoughts and feelings next to the verses when we’re learning about them.”

The lessons in this Bible are geared toward people who might have issues and challenges as a result of being part of a military family.

Kevin says he often goes back through the Bible to see what he has written down and how his thoughts and perspectives on Scripture might have changed.

Ongoing support of our efforts to give Scriptures and Bible resources to Troops and their families is a blessing! Last year, generous friends helped distribute over 18,000 of the I AM Bibles to military youth!

In the aftermath of violence, pray Psalm 46 for God’s peace and comfort

A Bible for heroes!