“I never felt this level of relief.” 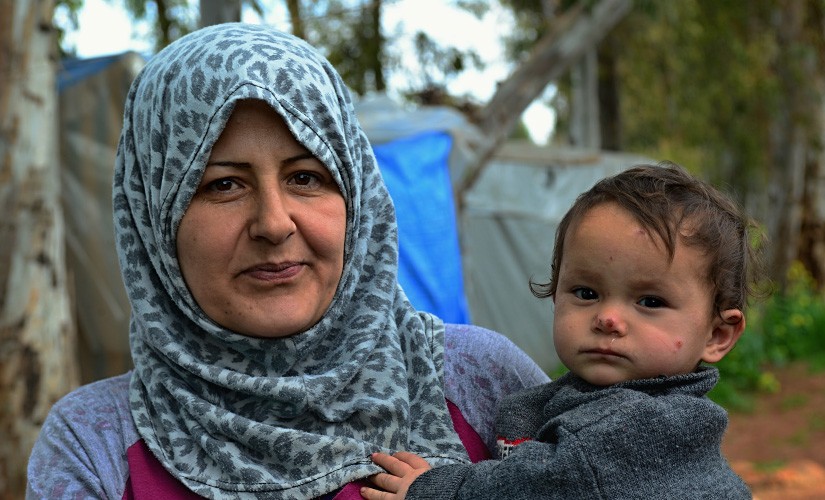 After her home in the Middle East was firebombed, Layla, her husband, and their six children lived among the ruins for 21 days before the gunfire stopped and they could safely escape.

As a refugee bound for Jordan, Layla saw several people killed on the road. She learned that three of her brothers died in the fighting and that a fourth was missing. When they arrived in Jordan, her husband suffered a stroke and a son developed hepatitis.

Layla experienced so much pain in her life, she just couldn’t carry her burdens any more.

In the midst of her misery, God reached down to help Layla. He helped her find her way through the pain and into His arms. Because of the generosity of Bible Society financial partners, a local church was able to offer a Bible-based trauma healing program that allowed Layla to lay down her pain for new-found hope in God’s Word. “I never felt this level of relief,” she says.

With the support of Bible Society friends, church communities around the world are offering Bible-based trauma healing to hurting people — like those in refugee camps, war zones, and prisons.

Trained trauma healing facilitators use Scripture to help people like Layla come to grips with their pain. They showed Layla that she isn’t alone in her suffering — that Jesus also suffered unjust pain. Layla read in the Bible where God tells His children to forgive those who hurt them. She learned to give her pain to God.

Layla learned those lessons and more. She also read the Bible for the first time and fell in love with the Lord. “I know I suffered a lot,” says Layla, “But I can’t imagine how much more the Lord suffered for me to bear my pains.”

“If the Lord does not build the house, the work of the builders is useless; if the Lord

does not protect the city, it does no good for the sentries to stand guard.

Through the continued support of American Bible Society’s financial partners, people like Layla who desperately need the hope and healing of God’s Word will continue to encounter their Savior through Bible-based trauma healing.

Planting Seeds of Faith in Youth of the Arabian Gulf

They are ripe for the message of God’s love and hope.

Giving victims of violence in the Middle East comfort through Scripture.