An Oral Bible translation rooted in music and storytelling is bringing God’s Word to life for a nomadic people group in Namibia. 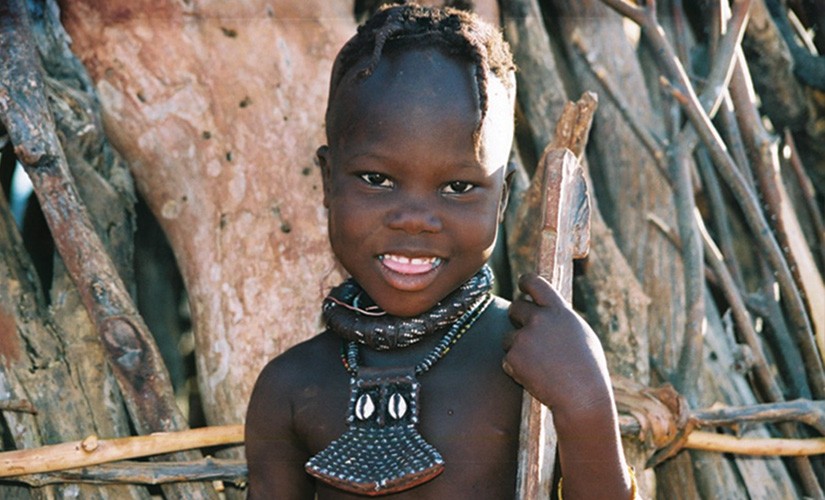 From the time they are young, the Ovaherero people share stories through drama, song, and dance. A new oral Bible is bringing the story of God’s love to life in their heart language.

As a child of Namibia’s nomadic Ovaherero people group, Watjanga Muharukula grew up surrounded by stories, although not the kind you can read in a book.

Watjanga’s people are oral and visual communicators. Every day, they gather around a fire and tell stories through song, dance, drama, and poetry. One of these stories from Watjanga’s childhood changed his life forever.

“My mother showed me pictures of what Christianity was,” Watjanga says. “She would draw for me the pictures of things like the cross, baptism, and heaven.” When a visiting missionary explained the gospel message for Watjanga in greater detail, all his mother’s stories hit home.

“I chose to believe in Jesus,” he says. This decision placed Watjanga firmly in the minority among the Ovaherero.

Despite these longstanding beliefs, Watjanga hasn’t lost hope for his people. In fact, he’s doing something to help them. Because as Watjanga knows firsthand, experiencing Christ’s love through the story of the Bible can change your life.

Watjanga and a team from Bible Society of Namibia are translating a new oral Bible for the Ovaherero people with support from American Bible Society’s financial and prayer partners. Oral Bibles like this one engage non-readers with God’s Word through recorded stories and songs rather than through written text. The result is an easy-to-share Bible as unique as the Ovaherero themselves.

Although the Ovaherero translators know how to read and write, they do not rely on a written alphabet to convey the meaning of God’s Word to their people. Instead, Watjanga and his fellow translators use their voices to tell dramatized Bible stories and to sing Scripture-based songs. They record these stories and songs using Render—a translation software developed by Faith Comes by Hearing®, Pioneer Bible Translators, and Seed Company.

The Render software is made up of icons rather than text, so it’s easy for non-readers to use. It allows oral communicators to translate God’s Word as if they were sharing a story with their next-door neighbor.

“It’s a completely different way of packaging the message so that the receiver is able to visualize the story,” says American Bible Society’s Senior Manager for Frontline Scripture Engagement, Rhoda Gathoga. “It’s so alive!”

The Ovaherero Oral Bible captures nuances that simply aren’t possible in written text. For example, one oral translator made his voice rise and fall to convey the rising and falling of the waves in the story of Noah’s ark.

Although translators use creativity in their storytelling, they don’t take creative license with the story itself. The Render software makes it easy for Bible scholars and community leaders to check the accuracy of the translation against the biblical text, ensuring that the new oral Bible doesn’t evolve into a community-wide game of “whisper down the lane.”

The result of this unique approach to translation is a Bible that meets the Ovaherero where they are—whether migrating with their cattle to fertile pastures or gathering for fellowship around the fire. And by engaging with God’s Word in the language of their hearts, the Ovaherero are able to meet the God who loves them.

“They used to believe that our God was only for people who could read,” Gathoga says. “But now they can identify with this God who speaks their language.”

The phrases, rhythms, and melodies of the oral Bible also make it easy for the Ovaherero people to memorize and share God’s Word with their neighbors.

“Think of how many Sunday School songs you learned when you were five or six that you still remember,” says Gathoga. “Imagine if that happened with all of Scripture!”

Watjanga and the translation team have already translated the beginning of Genesis and roughly half of Mark and Luke, helping the Ovaherero people engage with key portions of the biblical story. They are excited to see God’s Word opening hearts in the Ovaherero community.

“I am introducing our people to the God of the Bible,” Watjanga says. “There is new openness from them to learn more.”

By meeting the unique cultural needs of Watjanga’s people, American Bible Society’s financial and prayer partners are bringing God’s Word to life for a community that is hungry for Christ’s love.

“It’s like your own brother telling you about Christ,” Gathoga says. “You can’t beat that!”

You can help translate God’s Word for waiting language groups around the world! Visit ABSRecord.com/Bibles

These are leaders who were recently trained and now conduct local trauma healing workshops in...

ECUADOR: Healing after the Earthquake

God's Word is bringing healing to hurting families in Ecuador.

“The Bible is a gift for all my life, my eternal advisor.”

Scripture is bringing peace to Christians in Rwanda.