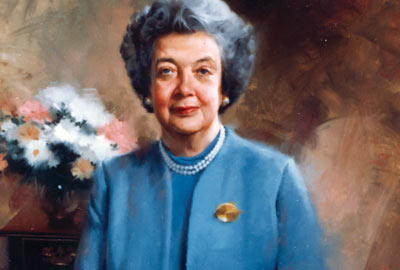 The American Bible Society celebrates the life and mourns the death of Alice Ball, who served with ABS from 1955 through 1988. At retirement she was one of the Bible Societies' top three general secretaries, the first woman to serve in that capacity. Her superb leadership, diligence and life marked a monumental time in Bible Society history. She will be missed and prayerfully remembered.

My Mother, Ethel Atkins
Given by Mrs. Peggy Nicodemus

Mary S. Bodenheimer
Given by Mrs. Kathleen B. McCracken

My Aunt, Uncle and Godparents, Verne and Hugh Campbell
Given by Mrs. Cindy Oliver

My Parents, Don and Muriel Grau
Given by Mrs. Cheryl Sypal

My Mother, Madeline W. Kindwall
Given by Vicki Kasal

David McCracken
Given by Mrs. Kathleen B. McCracken

Honor the memory of a loved one by helping to provide Bibles to people who don't yet have them. Memorials of $500 or more for one individual or family unit will be published in the American Bible Society Record. For further details about the memorial program, please write to Donor Relations, American Bible Society, 1865 Broadway, New York, NY 10023-7505, or call 866.895.4448.

“I depend on God alone; I put my hope in him. He alone protects and saves me; he is my defender, and I shall never be defeated.”