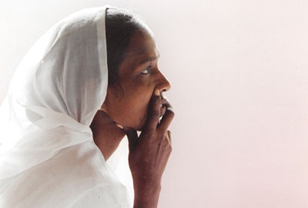 A small group of Bible translators gathers in a remote stone farmhouse, in the deep snow of an Ontario winter. They come from many Native American tribes; some from as far away as the chilly north slopes of Alaska, others from the plains of Mississippi. Bundled against the cold, they pray and continue a journey together that they have slowly and patiently walked for many years. At the end of that road is Scripture in their own languages — the languages in which they pray.

A new Bible translation is always a cause for joy. It is a door that has opened to a whole people. In Matthew 28.19, known as the Great Commission, the resurrected Jesus tells the apostles, “Go, then, to all peoples everywhere and make them my disciples” (GNT). Those words are the basis for the call to bring the gospel story to all languages, in every nation, through the ages — a goal at the very heart of the American Bible Society.

But Scripture translation has never been easy. In the best of times, it is a slow and uphill trek. Millions speak languages still untouched by Scriptures, and widespread illiteracy is also a serious obstacle. But the 21st century is bringing new avenues for reaching every heart. And the end of that journey has never seemed nearer.

Spirit of the Lakota

Rosalie Little Thunder grew up speaking Lakota in the Western plains, learning English as a second language. The Bible had always been available to her in English, and it gave her comfort. But this wasn't true for other Lakota people she knew. Many of her tribespeople turned away from the Bible because of all the “bad associations” they had with the Europeans who brought centuries of war and double-dealing. The painful history made some of them distrustful of what the white people brought — even when that was the message of the gospel.

About 20 years ago, Little Thunder got involved with Scripture translation. Last year, she and her team produced Life in All Its Fullness, a collection of Bible verses in Lakota published alongside stories of traditional tribal practices and sayings. Her hope was that the gospel message written in the language in which her people prayed might begin to bridge a divide she had felt all of her life.

In fact, the words of the gospel in Lakota spoke for themselves — and changed hearts. “Sometimes we memorize Scripture but never really hear what it means,” Little Thunder says. “When you do it in a mother tongue, people sit up and take notice and say ‘I get it. I get the lesson. I get the message.' ” The words of Jesus particularly struck home. “He's easy to translate because what he said are things that our grandmothers and grandfathers told us,” says Little Thunder.

There are nearly 7,000 languages spoken today. About 2,400 have received some Scripture, and those languages can be understood by more than 90% of the world's population. But those numbers don't tell the whole story. People can read Scripture in the language that they speak at work every day, yet never really connect with it. If it is not the intimate language they use with family and loved ones, the language in which they pray, its personal message may be lost. As the story of the Lakota shows, the key to Bible translation lies in bringing Scripture to the world's “minority” languages.

“Heart language” translation projects are in progress all over the world. Native speakers of Haka Chin (Myanmar), Cou (Taiwan), Anuak (Ethiopia) and thousands of others labor and pray day after day, often in private homes, bringing Scripture, verse by verse, into the words that will touch their neighbors most deeply. They are working with scholars from the United Bible Societies to bring out new versions of Scripture that are both meaningful and accurate.

The Native American language teams who arrived in snowy Ontario understand this painstaking process all too well. The retreat was a sort of milestone for these teams, who each brought the goal of finally publishing some Scripture in the languages they spoke. The Yup'ik team would finally see the Psalms in print. The Gospel According to Mark would come to the Choctaw. And the whale-hunting Inupiat would be able to touch their Book of Jonah.

The Scriptures were published, and on the last day of the retreat each team placed them on a makeshift altar — years of work at last in front of them. They joined hands over the fruits of their arduous labor, and facilitator Steve Berneking asked God to bless what they had done.

Emotions ran high; tears fell. They touched the published texts in their heart languages for the very first time. “Those of us who have six or eight Bibles in our house can't understand,” says Berneking.

Muslims are instructed to read the Koran in Arabic. The language for Jewish worship has been Hebrew or Aramaic. But the followers of Jesus made a choice that his story would not remain in one language but speak in all of them. As a result, the Bible is by far the most widely translated book in the history of the world.

There is a price for not fixing the message in one time or place. Times change and words change. Translations must be updated or they lose freshness and intimacy of connection. New languages even emerge. A community in Poland is trying to bring the Bible into street slang, and groups in France are looking at doing the same for an emerging patois spoken by immigrant Arabs.

The American Bible Society took up the translation mantle in 1818, when it published Scriptures in the language of the Delaware Indians. In the 20th century, it launched the Good News Translation and the Contemporary English Version of the Bible in English, making the language accessible and accurate for the modern world. Its partnership with Faith Comes By Hearing® supports Audio Scriptures and ensures that those translations so painstakingly created will not be silent due to illiteracy, since half of the world's population cannot read. And for its bicentennial in 2016, the Bible Society has set itself the goal of seeing that at least some Scripture is available to everyone on the planet.

The next generation of translation will not only provide the Word but find a voice that can reach someone where his or her heart lives. It means presenting an ancient message in ways that people can and will hear. And one of the boldest new directions for the Great Commission says that not everyone's “heart language” has to appear in black and white.

Bob Hodgson is dean of the Eugene A. Nida Institute for Biblical Scholarship, which the American Bible Society's Board of Trustees opened in May 2001 as a center of Bible scholarship and translation. The shelves of his office are crammed with materials in many languages, covering the whole spectrum of modern media. There are Bibles and study guides, audio tapes, DVDs, photo albums — even a comic book or two.

“We have to think, what is that register of language that I use to express my most intimate thoughts and feelings?” he asks. “What language do I use to communicate with my soul mate? It might be a picture. It might be music.”

Taking the Word off the written page is less revolutionary than it might sound. Hodgson points out that the first biblical codices, or books, arrived in the fourth century, around the same time that the first drawing of Jesus appeared in the catacombs of Rome. “In the ancient world, 95% of the world was illiterate. You might not read the story from John 10, but you might see the picture. The earliest efforts are to translate not only into heart languages we speak, but heart languages we see.”

He also pulls out what he calls the “earliest comic” — a book of Bible story drawings from the fourteenth century called the Biblia Pauperum. Then he pulls out Testament, a recent Bible Society publication that brought leading graphic artists together to retell the stories of the Old Testament in comic-book form for a young, modern audience.

Hodgson also sees technology opening doors. In the future, handheld electronic Bibles may use maps, art and video to bring the Word into a sharper and more personal focus for the digital age. This innovation will call for a Bible translator to be fluent not only in Greek and Hebrew but also in the possibilities for making connections on many levels. Following this kind of approach calls for creativity, ingenuity and a heavy dose of humility.

“We are dealing with a text that is very foreign — to all of us,” he says. “It comes from a time and place that none of us can ever know. As scholars, we have to carefully understand the text. As translators, we have to clearly communicate that.”

These goals will take Bible translation into the next century. And so the slow, patient journey continues, as it will until at last its life-changing message reaches every nation, and every heart.

The Bible is by far the most translated book in the world. Here is a look at its global reach:

4 Ways to Pray on International Day of the Bible

A Day to Celebrate the Transforming Power of God’s Word

A New Bible Translation in Kenya