“The Bible helped bring me back alive”

Giving comfort to Veterans like Joe through God’s Word. 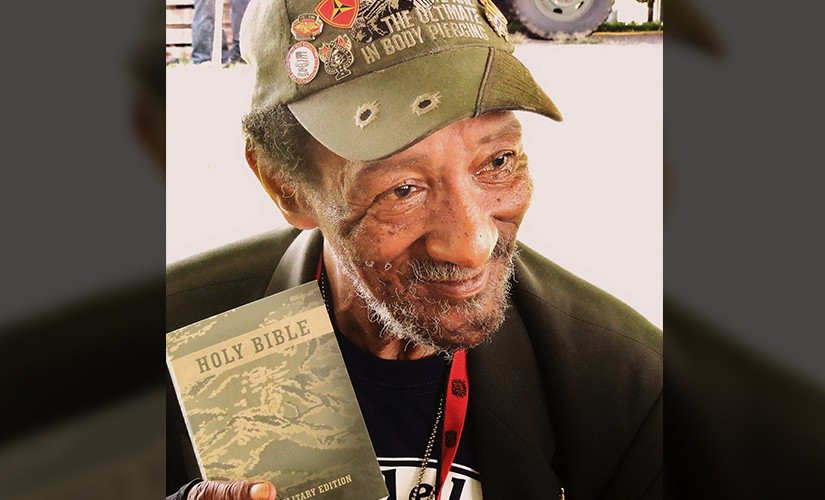 Joe* served during the Vietnam War as a United States Marine Corps sniper from 1966 to 1968. It was important to Joe that he had a Bible during his service. “The Bible helped bring me back alive,” he says.

While Joe returned home from the war physically intact, he was mentally traumatized.

“One night I woke up and threw my wife out of a second story window,” Joe says. “It was a reflex from being in the Marines. She spent three weeks in the hospital. I then packed up and left . . . I never went home again.”

Concerned for his family’s safety, he moved in with a friend. Then his health took a turn for the worse, leaving Joe hospitalized in a coma for so long he had to learn how to walk again. After his long recovery, Joe discovered he had nowhere to live anymore. He has been homeless ever since.

Unfortunately, Joe’s story is not unique. Over 35,000 Veterans were homeless in the United States in 2018, and nearly 20 percent of Troops returning from Iraq and Afghanistan report having symptoms of depression or post-traumatic stress disorder.

These wounded warriors need the healing, comfort, and guidance found in the Bible. They need to engage with God’s Word in ways that help them address their pain and equip them to live healthy spiritual, emotional, and physical lives.

After years of living on the streets, Joe attended an event for homeless Veterans in Philadelphia where God’s Word once again found its way into his hands. He was thrilled to receive a new Bible — thanks to friends of American Bible Society.

The ongoing support of our financial partners allows us to continue to offer Bible resources to Veterans dealing with PTSD. We also provide Bibles and Scripture engagement materials to VA hospitals, military chaplains, and through events that target Veterans, like the one Joe attended.

These programs will help over 300,000 Military Members, Veterans, and their families this year by providing biblical resources to American heroes in need like Joe.

We are grateful for our partners for giving peace and hope to our wounded warriors.

This Veterans Day, We Want Every Veteran to Know God Understands

You can bless military members, veterans, and their families with God’s Word