“The Bible saved my life.” 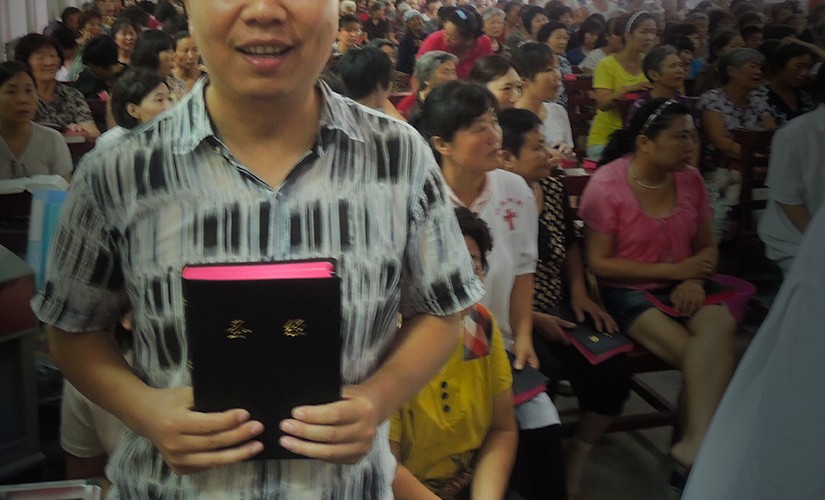 There’s no other way to put it — the Bible saved Sheng’s* life.

Growing up, Sheng was a bully and a criminal. He used his above-average strength and size to take what he wanted from others. This behavior landed Sheng in jail.

He thought life couldn’t get any worse . . . until it did. Sheng was diagnosed with leukemia and released from jail to the hospital, where he thought he would die.

Desperate for comfort and love, Sheng called his mother, begging her to visit him. When she got there, Sheng’s mother placed a book in his hands. She said, “You will find answers and hope in this book.”

In his new Bible, Sheng read the Good News, and his life was transformed!

Sheng repented, accepted Jesus as his personal Savior, and was baptized in the hospital. In time, his leukemia was treated, and today he is in remission.

“The Bible saved my life,” Sheng says. “It was as if God was talking directly to me.”

After he was released from the hospital, Sheng began attending church, where he found the meaning he had always been searching for.

And imagine Sheng’s joy when Bibles arrived at his church! Thanks to American Bible Society’s financial partners, copies were given to everyone in the congregation.

“Now so many others will be able to discover God’s love and power to change us the same way I did,” Sheng says, smiling. “Thank you for caring for me, my family, and our church.”

Score One for Duan

Han Duan is a top player who inspires with her faith