The Bible’s Message for Bahrain’s Migrants 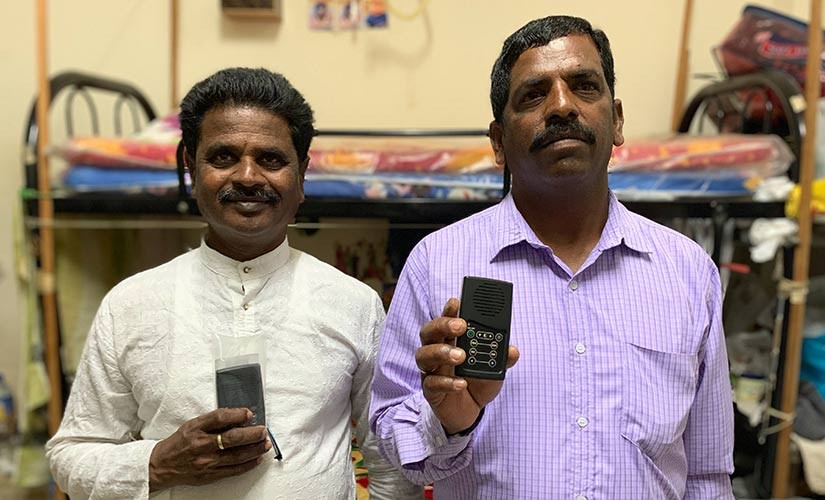 More than half of Bahrain’s population and nearly 80 percent of its workforce are migrant workers. These men and women say goodbye to their homes and families in impoverished villages in India, Bangladesh, Pakistan, Philippines, and Sri Lanka and arrive in Bahrain ready to work. They send their earnings back home to their families, with the hope of being reunited again one day.

What they face, however, is unlike anything they expected. Confronted with unpaid wages and harsh working conditions, many migrant workers are used, abused, and exploited—with no one to come to their defense. They live in crowded buildings known as labor camps—men in one, women in another—that are divided into rooms where 10 to 12 people sleep, sometimes on bug-infested floors. Discouraged and lonely, with what seems like no way out, migrant workers become depressed and often suicidal.

Because of your love, however, God’s Word is reaching thousands of vulnerable migrant workers in labor camps and churches across Bahrain. They’re discovering that God is their defense. He hears their cries. He uplifts their weary souls.

Anu moved to Bahrain from India with the hope of making some money and returning to his family in two years’ time. Now, six years later, he lives in a labor camp and works long days as a house painter. He can’t read or write. But when he listened to the audio Bible you sent in Telugu, his heart language, he came to accept Jesus as his personal Savior! He couldn’t contain his excitement and shared his new faith with his friend, Paran, a Hindu. Paran also became a believer and started telling others in their labor camp about Jesus. The number of believers in the camp has continued to grow! Now, the group meets weekly to sing, pray, and talk about Scripture—using the Bibles you provided. Paran says, “In Hinduism, there is no peace, there is no happiness. But here [in the Bible], I got it—from God. The relationship from God is here.”

Because of your gift of God’s Word, migrant workers are finding the blessing of new life in Christ. Although they live in difficult settings, they now have the love of Jesus to share with one another—and with their families back home in the days to come. Thank you for giving the gift of eternal life and hope through the message of the Bible.

Partners helped deliver physical and spiritual resources in the wake of a natural disaster.