When God Weeps with Us

A Guatemalan woman asks, “Where was God when they murdered my niece?” 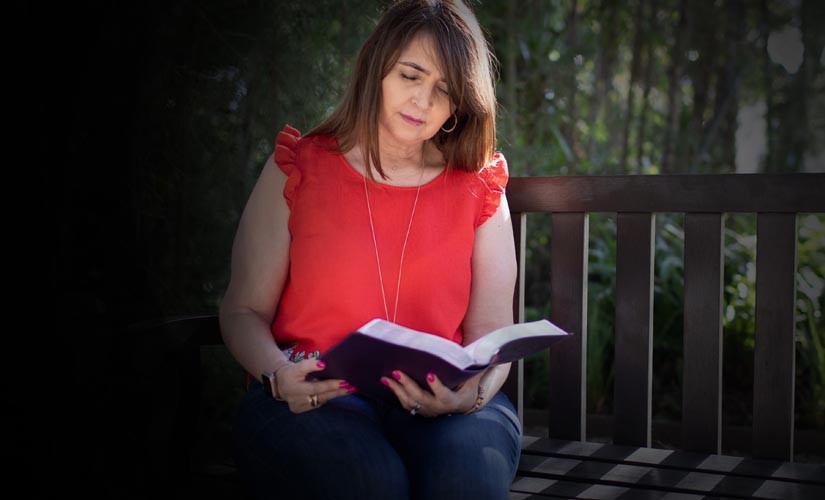 Lesbia grew up in the good and beautiful places of Guatemala.

She lived in a good neighborhood. She had parents who loved her and teachers who ignited her passion for learning. Where she lived, the bad things couldn’t get to her. The bad things lived where kids her age disappeared without a trace, where trash decomposed in the street for weeks, where drugs seemed like the best way to survive.

At church, Lesbia only heard about God’s blessings for His children. “I hadn’t listened to sermons or known any Bible verses that addressed suffering, nor had I known a God that cared about suffering,” Lesbia shares. “It was all about God trying to make us all happy, a God who answered prayers with a ‘yes.’ ”

In adulthood, Lesbia found a life filled with “yes”: a husband who loves her, a family she adores, a beautiful home in Guatemala City, and a thriving career as an esteemed psychologist.

Lesbia had everything she needed for a full and happy life. But everything changed with a single phone call.

She heard it ringing in the night. Before she even put the phone to her ear, she could hear her sister screaming on the other end. Through her sister’s frantic words, she heard one thing: “Carol got shot!”

Carol, her niece, was like a daughter to her. She had her own bedroom in Lesbia’s home. They laughed and danced and cooked together. But now Carol was in a hospital bed, filled with tubes, fighting for her life.

Lesbia grabbed onto details through her sister’s sobs: Carol was on the way to her college campus for an exam. That’s all she was doing. Somehow she ended up in the emergency room.

The hospital needed proof of Carol’s identity, so Lesbia had to do something awful: go into the car where Carol had been shot and find Carol’s ID. When Lesbia opened the car door, all she could do was scream. The sounds—unlike anything she’d made before—seemed like they were coming from someone else.

“I saw the whole car covered in blood. Carol’s laptop, phone, make-up, money—all of it was untouched.” Lesbia’s mind raced.

“Why did they shoot her?” There was no answer.

The only thing that kept Lesbia going was that she knew Carol would make it through. “Church members told us that God would make a miracle,” Lesbia reflects. So she sat by Carol’s hospital bed, sleeping in hospital chairs, praying for the miracle she was promised.

Seven days after Carol was shot, her body stopped working. She died without a miracle.

Lesbia’s first thought was, “We must have done something wrong.” She turned to her church family for help, guidance, anything—but they didn’t know what to say. Lesbia was surrounded by silence. “All of the praying, and the support, and the care we had was suddenly gone,” she says. “I couldn’t even find someone to hug me, or someone to say, ‘I understand you.’”

At church, her pastor told her to have more faith. When she mourned, she was told she wasn’t trusting God enough. In her own church—what should have been a safe place for her—Lesbia felt judged, alone, ashamed. She got angry.

“My church couldn’t find me an answer,” she explains. She had so many questions for God, and she felt guilty for having them.

In the weeks following Carol’s death, Lesbia withdrew from God, her church, her family. At home, no more laughter echoed off the walls of her living room. Each of her family members cried in separate corners of the house, alone. Lesbia stopped talking to people for the most part. When she had to have a conversation, she was distant and cold. “I didn’t allow myself to feel because there wasn’t room for more feelings in me,” she shares.

Soon, the police gave up on finding Carol’s killer. In Guatemala, no one is safe from this kind of injustice. About 20 Guatemalans are murdered every day, and 97 percent of crimes in Guatemala go unsolved.

Lesbia knew this, but she was told tragedy would never touch her. “I never thought they would kill someone who went to church, who believed in God and served at church—like that couldn’t happen to us,” she explains.

Lesbia didn’t know what to do with her questions. “Where were You when Carol was shot?” she asked God. She didn’t get an answer, and she was overwhelmed with rage. She yelled at God,

“You abandoned her. You weren’t there!” As the weeks went by, she tried to bury her heartache, growing more and more removed from God.

But God was with Lesbia all Along

Lesbia thought she was alone. But God wanted to tell her a different story.

As the months went by, Lesbia met other women in her community who had suffered similar losses to hers—they grieved sons, daughters, spouses, nieces, and nephews who had been murdered in senseless violence.

They began to meet regularly to talk about their grief—and they didn’t feel so alone.

One day, they crowded onto the couches in a group member’s living room, munching on champurradas. The room buzzed with excitement. They were there to learn about a ministry that could help them and other Guatemalans process their heartache: Bible-based trauma healing.

Trauma healing is a Bible-based group counseling ministry shared around the world. This ministry equips the church to help all those who are suffering in their communities. It’s like a Bible study where community members talk about the hard things they’ve faced, write a personal lament to God, and learn how to trust that Jesus will bring them joy again.

“That first session was a gift from God to me,” shares Lesbia.

As Lesbia and her friends went through the trauma healing journey, they discovered a new way of understanding suffering.

Lesbia met God in Psalm 56:8: “He keeps track of all our sorrows, and he has recorded each one in his book.” Lesbia says, “My tears are important to Him. I met a God who did care about pain, a God who doesn’t get angry if I cry, who doesn’t expect me to be strong—because He is strong for me.”

Lesbia had read the verse many times. But this time, as she studied the trauma healing lessons with her dear friends, she received an answer to the question that pained her the most: Where was God when Carol died?

“It was as if God was telling me, ‘This is your answer, Lesbia. Nothing separated me from Carol during those last seconds of her life. I was there.’”

Lesbia discovered that God is with her everywhere—in the good and the bad places. At weddings and at funerals. In celebrations and in grief.

“My relationship with God changed,” she says. “With the trauma healing lessons, I felt like God understood me. I felt free to live my pain.”

Now Lesbia Helps Others who Mourn

Lesbia and this strong group of women in her community agreed that they needed to bring this ministry of healing and restoration to all the Guatemalans who hurt the way they did. They emailed American Bible Society, asking to be trained to lead trauma healing groups.

Your faithful prayers and financial support laid the foundation for Lesbia and her friends to bring trauma healing to their hurting country!

Once they received training, they immediately got to work helping others. Now, Lesbia and many others lead healing groups around the country. There’s a vibrant coalition of facilitators who bring trauma healing to hundreds of people every year—from mothers mourning children who were murdered to families who lost everything in earthquakes.

A New Guatemala is Coming to Life

The result of their labors will be a future in which the church is a safe haven for survivors of tragedy.

“The trauma healing ministry works alongside the church,” shares Lesbia. “It arms the church to serve the people who are in sorrow. If we work together, we’ll have a better chance to hug the people of Guatemala, to understand them in their pain, and to tell them that we are here, that God cares, and that we care.”

You and I have the privilege to partner with Guatemalans like Lesbia. Through trauma healing, Guatemalans are discovering that God lives everywhere—in the good and the bad places.

Their tears of shame turn to tears of joy as they feel God hold them through their anguish. This knowledge lives deep in their souls, and it empowers them to love their neighbors the way God loves them.

Your passionate prayers and generous support are bringing the healing power of God’s Word to Guatemala. Thank you for sharing the healing balm of Scripture where it is so desperately needed! Continue supporting the work of trauma healing at give.bible/traumahealing