A New Chapter for the Bible in Mongolia

A Bible translator is bringing God's Word to his home country. 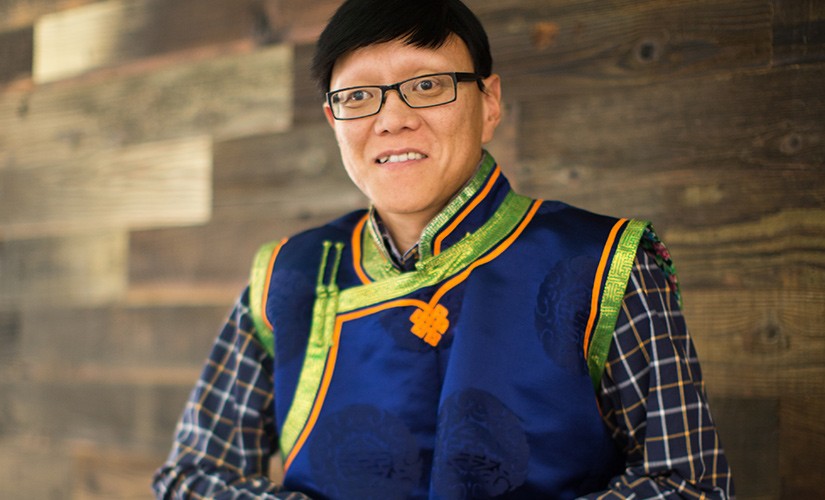 Growing up in Mongolia, Bayar Garam didn’t know a single Christian. As a closed communist country, the Mongolian government controlled everything from religion to the press.

“We were exactly like North Korea is today,” explains Garam.

That all changed in 1991. Communist reign in Mongolia ended, and Christian missionaries entered the country for the first time in 70 years. “The number of Christians grew…from zero to 50,000-60,000 Christians today,” says Garam. In 1992, Garam became a Christian and attended the very first Christian church in Mongolia.

Despite Christianity’s enormous advances in Mongolia—a country of nearly 3 million people—Garam says there is still much work to be done.

“A country with a young Christian Church needs a lot,” he says. At the top of Garam’s list is a version of the Bible more accessible to the average Mongolian Christian.

That’s why Garam is managing the production of a new Bible translation in Mongolia—the Mongolian Standard Version. This new translation will be translated directly from Hebrew and Greek, and will supplant a handful of hard-to-read translations currently on the market. As Bayar explains, “It will be a translation more clear, accurate and understandable for the readers.”

Although the project’s finish line is 12 years away, Garam feels well supported by American Bible Society’s financial partners as he leads this monumental project.

“When American Bible Society says, ‘We are behind you…and will be praying for you,’ that takes a huge burden off of me,” he says.

Bringing the Bible to the Deaf in Vietnam.