God is Opening Hearts Across China Through Amity Printing Press 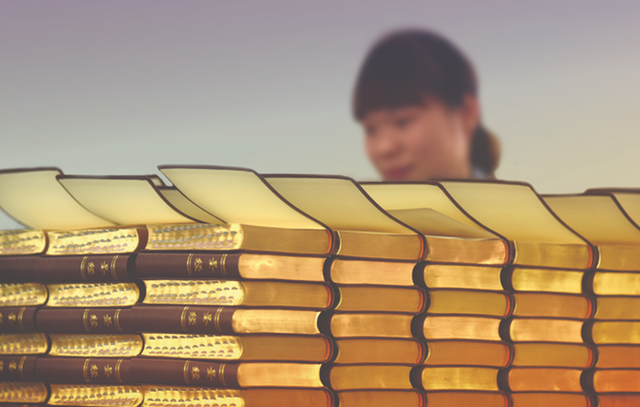 Fifty years ago, the Bible was a banned book in China. Hungry for God’s Word, believers would meticulously hand-copy entire books from a single shared Bible. Even after the Cultural Revolution ended in 1976, Bibles were still nearly impossible to obtain.

TING WAS AN ATHEIST

“I grew up as an atheist,” says Ting, a Christian typesetter in Eastern China. “There should be no chance for me to know God and his Word.” Ting traces her unlikely faith back to her early days as a typesetter at Amity Printing Press. The world’s largest Bible printing press—and the authorized Bible press for the church in China—was established more than 30 years ago through the amazing generosity of partners like you.

“I was fairly exposed to the Word of God, even before I came to faith,” Ting says. “It was my job to help typeset the first portion of [the] Chinese Bible. Still, I only read the Bible as part of my work.”

But in the months that followed, Ting learned more about the truth of the Bible and its call to follow Jesus. Coworkers shared the Gospel with her and invited her to Bible studies. Yet, she hesitated.

Then one day, God spoke directly to Ting’s conflicted heart. As she read Mark 5:36, the words of Jesus seemed to jump off the page just for her: “Do not be afraid. Just believe.”

Suddenly, all her fears—of her friends’ rejection, of her parents’ disapproval— ceased to stand between Ting and her Savior.

She describes that day as the greatest moment of her life. “God’s grace came upon me,” she says. “Finally I made a decision to follow Jesus, and the joy of belief filled my heart.”

Ting started going to church. She got baptized. Although none of her family or friends were Christians at the time, their objections to her new faith ceased as they observed the remarkable change in her life.

A MIRACLE IN CHINA

Ting’s miraculous conversion mirrors the miraculous existence of Amity Press itself. With the support of American Bible Society partners and other generous Bible Societies, Amity Printing Press was founded and constructed between the years 1986 and 1987. Since then, Bibles have spread the light of God’s Word into hearts throughout China and around the world.

Today, Amity Press produces between 13 and 15 million Bibles each year through your continued prayers and support. “From a banned book, [the Bible] has become the best-selling book in China,” says Kua Wee Seng, director of United Bible Societies China Partnership. “That has helped fuel the growth of the church in China over the past 30 or 40 years.”

As God’s Word gets into hearts and homes in China and around the world, millions of people are choosing to believe in God, just like Ting did. An unlikely convert working in an unlikely Bible factory, Ting says she is so thankful for your generous support. “Thank you, friends,” Ting says. “It is you who make it possible to share the Word of God around the world.”

Photo courtesy of John Mathews Certain images from my ministry trip to China have imprinted...