Giving the truth of Scripture to the people of Laos. 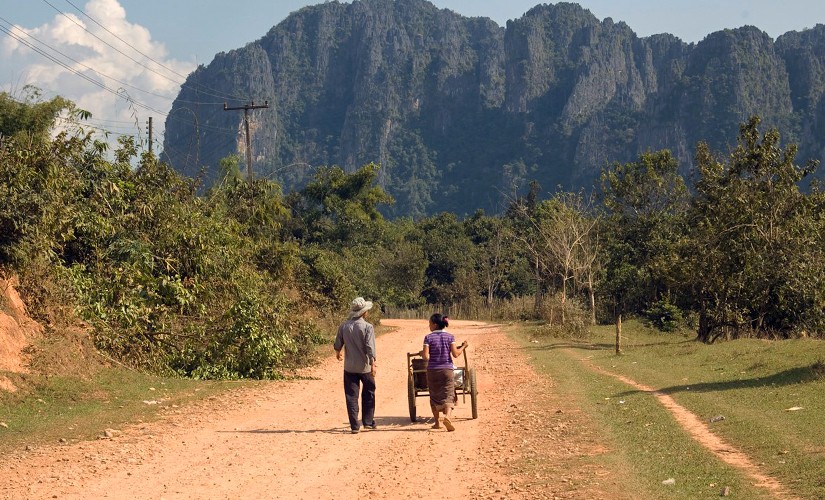 All they knew living in a small mountain village in Laos was the traditional religion of Hmong. But when Zoe’s husband began showing signs of a mysterious illness, they needed something real and powerful.

“For about 13 years, he has been very weak physically and can’t do very much,” Zoe explains. Just when the couple had given up hope, Bibles arrived in their village. However, there were so few, and the Scriptures weren’t written in their Hmong language.

Later, thanks to friends like you, Zoe and her husband received a Bible in their own heart language.

“When I first read the Bible, I knew that God was real to me and that I could depend on Him,” says Zoe.

They left the Hmong traditional religion behind and decided to follow Christ.

Zoe says, “The Bible is powerful for me and it helps me deal with my husband’s medical issues. The Bible will be important to me until the end of my life.”

Zoe says even though they don’t know the cause of her husband’s illness, he is getting better. “In the beginning, he could barely get up from bed, but now he can get up and do non-strenuous activities and have a relatively normal life. He’s an elder now and can walk and visit the church members.”

The generosity of our partners supports Scripture translation efforts and puts more Bibles in the hands of spiritually hungry people in places like Laos and remote regions around the world, and we are grateful.

More than 1.3 billion people speak some form of Chinese as their heart language. God'...

“I read this Bible every day,” says Yu Yan*, who lives in a rural province.

A New Chapter for the Bible in Mongolia

A Bible translator is bringing God's Word to his home country.