Joining Hands in the Holy Land 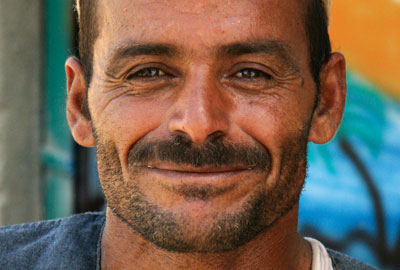 Nabil*, on staff with one of the Bible Societies in the Holy Land, describes the work there as “sowing seed on rocky ground.” “But the Seed is being sown,” Nabil declared, “because we are bringing them the living Gospel.” He went on to explain, “We provide the Scripture, and as we do, we demonstrate who Jesus is with our words and actions. We are the living Gospel, introducing Christ through our lives to a watching population.” We work the land and prepare it to receive and accept the Word of God — the good seed.

The Bible Societies in Israel and the Palestinian territories comprise three autonomous groups seeking to bring the Good News to people from Jewish, Muslim and Orthodox Christian backgrounds. They are partnering in the midst of national complexity and tension. The three Bible Societies collaborate and live out their one identity in Christ, choosing to set aside political and cultural preferences for Kingdom ones. Each of the three Societies has envisioned bold initiatives for putting Scripture into people’s hands and facilitating its life-changing message.

The ancient walls of Jerusalem provide a reflective vantage point for looking toward the cities of this country, places where Jesus, God's love incarnate, dwelled and ministered. Looking to the North is Nazareth, where Dalia∗, director of the newest Bible Society in Israel, (the Arab-Israeli Bible Society), works. Her vision is for the women of Nazareth, and other towns populated with Arab Israelis. “We have plans to produce a book that focuses on peace and reconciliation, with beautifully illustrated Scripture quotes and testimonials. It will draw the attention of young and old. Through distribution in schools and women's co-operatives, we seek to create a desire and a mindset for peace, bringing change to the area.”

In the East is the road to Jericho, where another treasure of Bible Society ministry can be found. Jesus told a story of a man attacked on the road between Jerusalem and Jericho, reminding his hearers that it was a treacherous road. Today, it still has an air of danger. Yet in the city of Jericho, an Arab town in the Palestinian territories, is an amazing discovery: The Jesus House of Prayer (JHOP). The JHOP is a project recently taken on by the Palestinian Bible Society.

Here women gather for instruction in the Word of God, for counsel, prayer and practical aid. Several women have already given their lives to Christ through this ministry. One woman recounts with tears of gratitude how her once disruptive son now sits quietly in class and excels as a student, following a number of prayer initiatives on his behalf. This is the power of the Word of God in action.

Mercy for the Uprooted

A street market in Tel Aviv, to the west, hums with the noises and cries of traders drawing the attention of potential buyers. Remarkably, most of the crowd are not citizens of Israel. There are Sudanese, Ethiopian, Chinese, Filipino, Vietnamese and others taking their place in the hustle-bustle of the market. A mass of migrant workers flows into Israel from all over the world. They live in crowded and basic conditions, finding work as caregivers for the elderly and the sick, in factories or in the hotel tourist industry. Reaching out to them are representatives of the Bible Society of Israel, making the Word of God available to these who are uprooted. They encourage those who are followers of Christ by giving Scripture tools to support their own ministry. Other passersby, including many Israelis and Arabs, appear glad to receive Portions of Scripture, engage in a conversation and receive comfort and hope as they start to read of God's love for them in their own language.

In the South is the city of Arad, and there you will meet Mira*;. She vividly tells the story of how she and her family packed their few belongings and fled Sudan, because of severe persecution, and crossed into Egypt. After many days of arduous travel, they arrived in Cairo and took refuge with a church community. Life seemed good again, but that release was short-lived as racial taunts began in the community. Finally, Mira's husband agreed that they must move on — further north into Israel. Crossing the border illegally they threw themselves at the mercy of the Israeli authorities. Soon they were housed with others from the Sudan in one of the poorest parts of town. Her husband was given a rare opportunity to study at a theological training institute in the North. Mira and their children, with a new one on the way, stayed behind until his return.

Mira had to give up her work as a hotel cleaner while she gave birth to her youngest. The Bible Society of Israel has a mercy ministry to refugees and soon connected with her. Mira's face lights up with gratitude when Bible Society workers arrive with food and clothing for the baby. God has provided for her again. Words of thankfulness tumble out as she talks about her life, “The Word of God is a mother for the people. It is all we need!”

In Bir Zeit, on the West Bank, the Palestinian Bible Society runs a student center. In the cool, and tastefully comfortable interior are rooms for social interaction — coffee and conversation, table games, computer workstations and garden available for students from the university.

This is a well-regarded venue for young adults from Christian and other backgrounds to meet and nurture attitudes of reconciliation. Surely such a place promises a better future than the bitter past and uncertain present. Staff from Christian backgrounds work alongside some from other backgrounds who have found Christ through the Scriptures. Yet, some have paid a huge price not only in discovering Christ but in serving Him, too. Converts are not the only ones who have encountered persecution. Mohamed*, who continues to follow another religion has been attacked to the point of hearing loss for attending the center. Still, the love and acceptance he discovers inside has been so important to him that he is willing to pay the price to keep going.

The living gospel that Nabil describes speaks through lives that demonstrate God's living Word. Collaborating together, the many seeds planted by the Bible Societies in Israel and the Palestinian territories are beginning to fall on good ground and bear fruit. The panoramic view of ministry in this country forms a beautiful mosaic, as believers here respond to the call to be Christ-followers together in this place. The powerful witness of teams working in concert for the sake of the Kingdom include the partners and supporters of ABS, working hand-in-hand so that many may taste and see the goodness of God.

These three videos are short glimpses into lives that are being changed in growing Bible ministries in the Middle East.