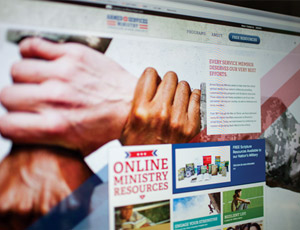 Is Your City Bible Minded?

When it comes to U.S. cities that embrace the Bible, Knoxville, Tenn., tops the list. A newly released ranking from American Bible Society finds Knoxville residents have the highest combined levels of regular Bible reading and belief in the Bible's accuracy.

Conducted by Barna Group, the study analyzes 96 geographic regions across the United States. “We are continuously evaluating interaction with and views of the Bible among Americans,” said Geoffrey Morin, chief communications officer at American Bible Society. “Knowing the Bible landscape across the U.S. is key to helping people engage with the most-translated, best-selling book of all time. Whether you are living in the Bible Belt, the Midwest, New England or the Great Lakes, the Bible speaks to the needs, concerns and challenges of every American.”

A closer look at the findings showed a trend related to population density. Of the top 25 Bible-minded markets, only three have a population of greater than 1 million households: Charlotte, N.C., Nashville, Tenn., and Raleigh/Durham, N.C.

To see how Bible minded your city is, visit ABS.us/BibleMinded»

A new report released by American Bible Society finds Americans overwhelmingly (77 percent) believe morals and values are declining in the United States. The most-cited cause for the decline? A lack of Bible reading.

The findings are reported in American Bible Society's annual State of the Bible survey. The report details Americans' beliefs about the Bible, its role in society, its presence in U.S. homes and more. As in previous years, the survey found that the Bible remains a highly valued, influential force in America. But beliefs about the Bible and its role in society are becoming increasingly polarized — particularly when the data are examined by age group.

The research also uncovered a significant disconnect in belief versus behavior. While 66 percent of those surveyed agreed that the Bible contains everything a person needs to know to live a meaningful life, 58 percent say they do not personally want wisdom and advice from the Bible, and about the same amount (57 percent) read it fewer than five times per year.

To see more results from the State of the Bible study, visit TheStateoftheBible.com »

A recent study released by American Bible Society in partnership with Barna: Hispanics, the National Hispanic Christian Leadership Conference and OneHope found that 87 percent of Latinos own a Bible. But only 8 percent regularly read that Bible. That's why ABS' Multi-Language Ministry (MLM) team is training and equipping pastors of Spanish-speaking congregations to help their churches engage with God's Word through seminars held across the country. Last year, MLM trained more than 384 pastors and church leaders, who in turn reached more than 20,000 people in their congregations.

“These seminars help shift people's view on Scripture,” Rev. Emilio A. Reyes, executive director of MLM, said. “It not only gives them a better understanding of God's Word, but shows them how to apply it.”

Praying for the Nation

Yale law Professor Stephen L. Carter, addressed 192 national leaders and American Bible Society staff at ABS' Prayer Breakfast in Washington, D.C. “No book has been as influential in the development of Western civilization as the Bible,” Carter said. “The influence is so great, there's nothing in second place. And because of that, it's crucial that everyone be familiar with it.” As ABS approaches its Bicentennial in 2016, it's working to promote the value of the Bible in all facets of American life.

To learn more about our upcoming Bicentennial, visit Bible200.com »

American Bible Society's Armed Services Ministry (ASM) launched a new website featuring free online and printed Bible and ministry resources for military chaplains and members of the armed services community. “The website will act as a hub for military chaplains who need Scripture-based materials for the men and women they serve,”
explained ASM Senior Manager Dave Keller. The website, which also includes resources for children and family members of the military, comes at a time when chaplain budgets are being cut. The materials featured on the website will help chaplains continue to provide Bibles and other Scripture-based resources in the midst of economic uncertainty.

Learn more about ASM or support the ministry today at ArmedServicesMinistry.com»

Bringing the Bible to Broadway

American Bible Society opened a new, interactive center at the headquarters building on 1865 Broadway in New York City. The ABS Atrium offers guests access to a touch-screen video table that presents the Bible in new, imaginative ways and iPads loaded with Bible apps and video experiences. Visitors can relax with a book at the in-house café or meet with friends in comfortable seating and reflection areas. The Bibles.com Resource Center offers visitors the opportunity to make on-site purchases and order hundreds of additional items.

“It is our pleasure to welcome neighbors and tourists alike to our new technologically advanced Atrium, offering respite from busy life, a chance to explore God's Word or a place to enjoy a cup of coffee,” said Geoffrey Morin, chief communications officer at ABS.

Biking For Our Congo Sisters

Cyclists begin their ride for healing in the Congo in May, 2011 Lewie Briggs is not...

The Bible on Broadway